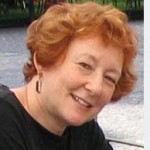 Professor Zemel joined the faculty in the Department of Visual Arts in 2000. Prior to York, she taught at Concordia University, Temple University (Philadelphia), Dartmouth College and the State University of New York at Buffalo, where she chaired the Art History Department from 1997-2000.

Professor Zemel’s areas of research and publication include 19th and 20th-century European art, the modern art market, feminism in the arts, Jewish visual culture and diaspora studies. An authority on the work of Vincent Van Gogh, her books include The Formation of a Legend – Van Gogh Criticism 1890-1920 (UMI Research Press, 1980) and Van Gogh’s Progress: Utopia and Modernity in Late Nineteenth-Century Art (University of California Press, 1997). Her articles have appeared in The Art Bulletin, Art History, Artscanada, Art in America, Jong Holland and several scholarly anthologies. She served as co-editor of RACAR (Revue d’art canadienne/Canadian Art Review) from 1995-98.

In 2000/01, Dr. Zemel was a Fellow at the Center for Judaic Studies at the University of Pennsylvania, engaged in completing a book titled Graven Images: Visual Culture and Modern Jewish History. With Professors Shelley Hornstein (York University) and Reesa Greenberg (Concordia University), she is co-founder and co-director of Project Mosaica, a web-based exploration of Jewish cultural expression in the arts.