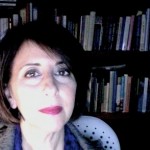 Shelley Hornstein is Professor of Architectural History & Urban Culture at York University.  Her work looks at the intersection of memory and place in architectural and urban sites. She is currently working on projects that explore demolition, Google Earth and museums in virtual space, Starlets and Starchitecture, Jewish topographies, and architectural tourism.

Dr. Hornstein is the recipient of the Walter L. Gordon Fellowship, and several Canadian and International research awards.  Her most recent book is Losing Site: Architecture, Memory and Place, (Ashgate, 2011. Read the review – PDF). Her other books include the edited volumes: Capital Culture: A Reader on Modernist Legacies, State Institutions, and the Value(s) of Art (McGill-University Press, 2000); Image and Remembrance: Representation and The Holocaust (Indiana University Press, 2002) and Impossible Images: Contemporary Art after the Holocaust (NYU Press, 2003).

Professor Hornstein has taught at York University since 1985. Her courses include Memory and Place, Paris as Modernist Dream, The Celluloid City, No Place like Home, and The Metropolis Revisited. She is a member of York’s graduate programs in Art History, Culture and Communications, and Social and Political Thought. She has served as associate dean, co-director of the Centre for Feminist Research, and twice as Chair of Department of Fine Arts, Atkinson College.